There may be various ways in which a project can go awry, but there are also effective ways to avoid costly detours. At D4D Boston, Christina Inge of Sleek Management University gave an insightful Project Management session. In her talk, she offered a number of preventative methods to combat project blockers, and one that really stood out was the implementation of something called a “during mortem” project check in.

We’ve all heard of post mortems, or, as some like to call them, “project retrospectives,” but Christina encouraged the practice of conducting mid-project “during mortems.” Post mortems, conducted at the end of a project, are used as a chance for your team to reflect upon the completed project and discuss the various aspects of the project that went well or went poorly, and to answer the important question, “How as a team can we improve our project process in the future?” It’s a “lessons learned” practice, if you may. The question Christina posed is, “Why do we only do lessons-learned, full-team check-ins at the very end of a project?” Wouldn’t during mortems be useful and prudent—especially for a larger project, or a project that is utilizing the agile development method with sprints?

“Incentivize people to document lessons learned while they’re being learned … so that knowledge becomes immediately useful to other people on that project.”

The Benefits of a During Mortem

During mortems seem like the perfect opportunity to accurately and continuously assess a project’s health. There are many other tools project managers use to monitor project health, such as KPI’s (key performance indicators), which are always important to watch and they certainly provide a lot of insight into where a project will land, but they don’t factor in team performance or the ever-lurking scope creep. By adding during mortems into your process you can:

Additionally, if your team knows they have a project health check-in coming up it can motivate them to be more proactive in raising any concerns they currently have. It’s a great way to make everyone feel more in touch with the project and even boost team morale.

After hearing Christina’s talk, we gave the concept of a during mortem a lot of thought and agreed it would make a nice upgrade to the weekly reviews our project managers had already been conducting. We decided to create a revised process that included the entire team, but we felt “during mortem” sounded a little, well, morbid. So, we call our version of this process the Proactive Project Health Assessment (PPHA). Our PPHA consists of seven (sometimes eight) sections:

These sections come together to offer an extremely useful mid-project review that involves every member of the project. So, what does each section entail, exactly? In our next PPHA post, we’ll go through each of the eight sections included and explain the process and importance behind it—and maybe share an anecdote or two. In the meantime, download our PPHA document and take a look for yourself. 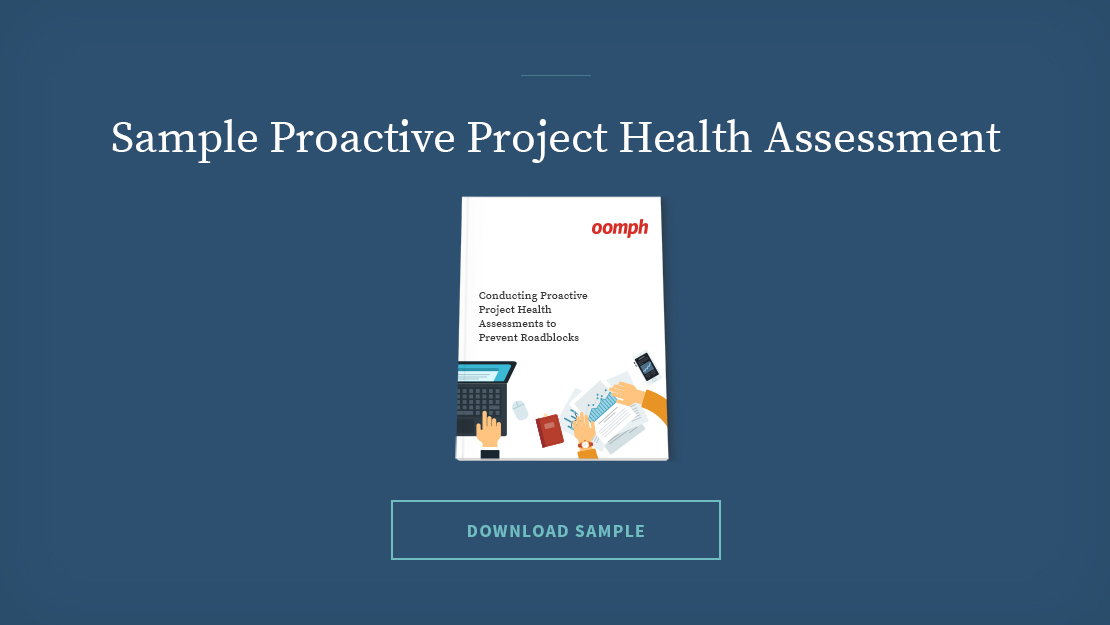